Kids TV in the time of Covid, a success story - Ciaran Murtagh

Being a writer, the logistics of how I do my job in times of Covid doesn't change that much. Sure I might drink more Coke Zero and stay in my shed longer than is healthy, but I still use my brain and my computer to try and find funny things for people to do.

The same cannot be said for everyone else who helps make TV. While I don't have to do anything different,  they've had to reinvent their entire jobs.

Given that some of the TV shows I contributed to over lockdown are starting to see the light of day, I wanted to give a shout out to those unsung, gunge splattered heroes of kids TV who have done everything Eastenders and Strictly managed to do only quicker, funnier and with about an eighth of the budget. 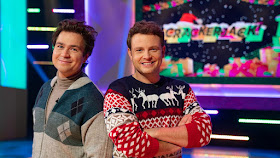 First up -Crackerjack. There's a whole new series on the way and all of it was filmed back in October in a time of great uncertainty. The Christmas special aired on BBC One over, well Christmas, and you can still see it HERE

Not only was it filmed in Manchester, at a time when Manchester was facing flip flopping restrictions, it is a show that relies heavily on a full studio audience bellowing it's catchphrase repeatedly at the top of their voices - not very Covid compliant. There's also lots of slapstick and non Covid compliant gunge with kids battling against each other in a series of silly games. 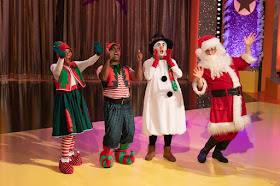 Almost everything had to change.

The studio audience went and games were made socially distanced. The presenters Sam and Mark were put in one bubble, the sketch cast in another and all the kids on the show had to maintain social distance from each other while doing very silly things. The crew had to work differently too. The only time anyone got close to the kids they had to be in a full body suit costume - the frankly terrifying cabbage monster - but it was the only way they could make Double or Drop work. 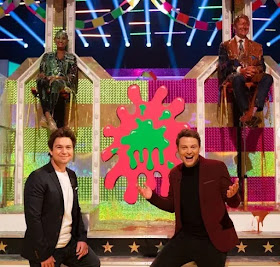 They got ten episodes made, the very least you can do is check it out! I bet you won't even spot the joins, which is testament to the work that went in to making it happen. Take a bow. 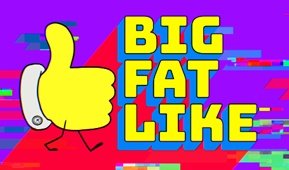 Big Fat Like began a few weeks ago. This show was filmed on location and is a parody of the internet - no pressure then. 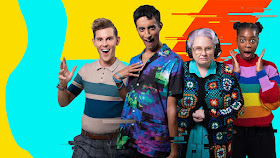 It was filmed over the summer as areas went in and out of lockdown. To find a location that they could definitely use for the duration of the shoot took a number of tries and a lot of patience. The cast were in a bubble in the location house, and the production crew were kept outside in a van, filming the whole thing as if it were an Outside Broadcast. Sketch shows are notoriously difficult to get right at the best of times, to film one while the majority of the crew aren't even in the same building is a stroke of genius. To make it funny to boot - take a bow! Catch up HERE.
Danny and Mick began filming on the 9th March. They then stopped filming pretty quickly afterwards and started again in the summer. They have just delivered two series worth - or nineteen episodes -  of top quality laugh out loud telly and it all starts on CBBC TODAY.

Now if that isn't something to shout about I don't know what is. Filming on location in a leisure centre is hard enough. Continuing to film while it pops in and out of lockdown and customers are allowed in and out of the venue is insane! 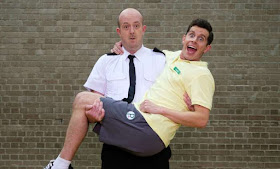 The cast had to isolate for two weeks before filming started and then they remained in cast and crew bubbles throughout as they shot all 19 episodes for the series in under three weeks during August and September. To have finished filming in September and have it all ready to go by the first week in January demands a medal. They won't get one so this'll have to do.  Please check it out. I genuinely love this show. In a parallel universe it's on BBC One every Saturday. In this one you can find it HERE 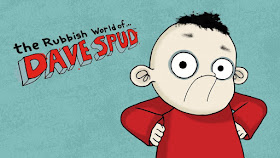 Those shows were all live action, which posed a certain set of challenges, Dave Spud is a cartoon and that posed a whole load of different ones.

We started writing this one in January 2020 and the first episodes hit the screen right after Christmas. You know the long list of names you see at the end of a cartoon? They all worked on this show without ever being in the same room. Some of them weren't even in the same country. The voice talent often recorded their parts remotely, sometimes in makeshift home studios with direction being given over a video link. Once again, I have no idea how they did it, I just know they did. Dave Spud is a quintessentially British cartoon. If you haven't seen it please do have a look - Basement Jaxx did the theme tune. It is THAT good.

That's a small selection of what's been coming through, but by no means everything I - and many others - have worked on. All have kept going with a cheery disposition despite massive and varying disruption, making television for children because it's what they do best.

I hope you enjoy watching it when it comes out and if you do, this year, of all years, take the time to watch the credits - these guys deserve every single one. 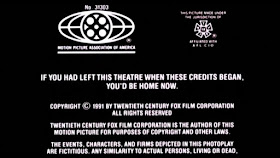