You couldn't (or shouldn't) make it up

It's National Non-Fiction Month, and Dawn Finch has already done an excellent post on running a school visit around a non-fiction book. So that means non-fiction is covered, right? No. It's now the 9th and definitely time for another post about things that are true. At least half the posts this month should be about factual/information/true books. In fact, why not all?

Before we get any further, I want to take issue with the name. The non-fiction label is iniquitous - why do we define factual books by what they are not? How weird is that? I don't have a cup of non-tea in the morning, nor am I non-male. I drink coffee and am female. So I don't write non-fiction. I write about things that are true. Maybe we should call fiction non-true books. To cheer you up after that grumble...

Look at these fish. Aren't they cool? They're weird, but they're not made up. 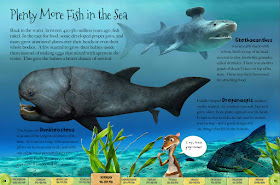 Now back to the business in hand.

True books have always been considered the poor relation of those books that are a bunch of lies, the untrue books. True books have little shelf space in shops. They have virtually no review space in the media (though the wonderful Shackleton's Journey winning the Greenaway changed that briefly). Parents grumble if their children want to read 'only non-fiction', but they never grumble that their children want to read 'only fiction'. Teachers sometimes challenge pupils' book choices if they don't select a fiction title. Why? The truth can spark a child's imagination and curiosity as much as fiction. A true story can rouse empathy as much as a made-up story. Most adults have forgotten how to be wonderstruck. Perhaps that's why it's adults who don't encourage children to read about things that are true. Or maybe adults think that information is what school is for and it's all linked to exams. Well, they're wrong. Here's a totally brilliant example of a book that is as true as you can get: 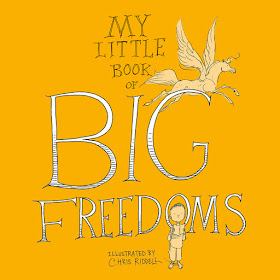 It's by the Children's Laureate, Chris Riddell, and it's about how important  Humans Rights are. You can't get a better endorsement than that for books about true things. (Though the day the Laureateship goes to someone who only writes or illustrates true things the air will resound with the flapping of porcine wings.)

But it doesn't all have to be serious.

Which is the most fascinating pirate? 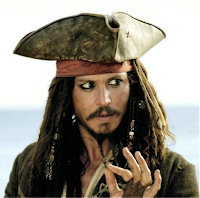 Jack Sparrow, a bumbling fool, entirely made up; a bit pretty.