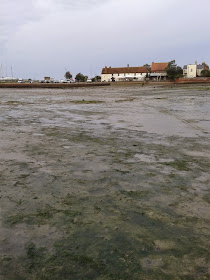 I think I've had this blogpost in my heart and my mind for years, ever since I decided to set three novels on Hayling Island ( off the south coast of England, opposite the Isle of Wight.)
Mud is a major geographical feature of the Island and one of its greatest attractions. Which might sound a bit weird but bear with me.
Hayling Island is not much more than a sandbank or a 25 mile square mudflat itself. It is ruler flat, five miles in length and when the tide goes out it drains from the mainland to the Solent revealing the most marvellous terrain and providing food and sanctuary for thousands of birds. The mud for me is one of the greatest attractions and I never tire of the landscape. 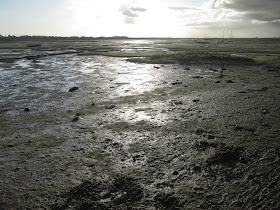 I've been down on the mudflats at low tide at all sorts of different times of the year and of the day. This photo was taken at 7.00 am on an August morning this year, in the week of Hurricane Bertha. That was quite an exciting time to be down on the Island. At high tide the water flowed straight over the top of the quayside flooding the cars and benches. Our holiday let sprang a leak and I even wrote a poem about it. But despite the flooding, at low tide everything drained away completely to leave the mudflats bare, exposed and in all their glory. 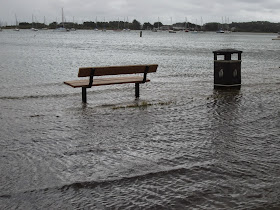 That week in August was also the time when the moon was closest to the earth for 20 years. I went out to photograph it and nearly got blown down by a Force 4.8 gale. 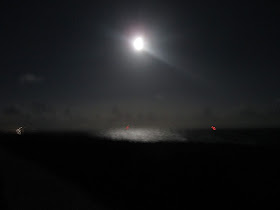 The mudflats have their dangers too and I am very careful not to walk away from the pebbly edges. People have to be regularly rescued by coastguard as they can get stuck and it was this feature of the mud which became a focus in my second Hayling Cycle novel, ILLEGAL, which is hinted at in this extract :-

"If the boat goes to ground here we'll be stuck," said Jess.
"Don't be stupid," said Sean. "We can walk, it's not far."
"Too far in this mud. Once when I was little I walked away from my Dad and started to sink. Dad had to heave like mad to get me out. He sunk to the top of his gumboots. Hayling mud sucks you in and never lets you go."

It's like a prophecy of what is to come in the book.

Hayling Island didn't have a bridge until 1824 and it was a toll bridge. Before that the only way to reach the mainland was by ferry or by the Wadeway. This was a path built across the nudflats, marked by wooden posts and ensured that the traveller stayed out of the mud. I've walked on parts of it and it takes you right out into the middle of Chichester Harbour. 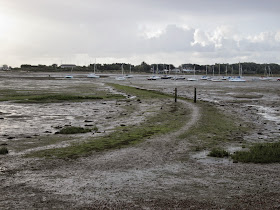 You can't walk right across to the Island anymore because they dug a deeper channel for the boats. It's a very slippery muddy walk, but quite safe because the water comes in so slowly you can easily avoid getting wet. Not like Morecombe Bay! 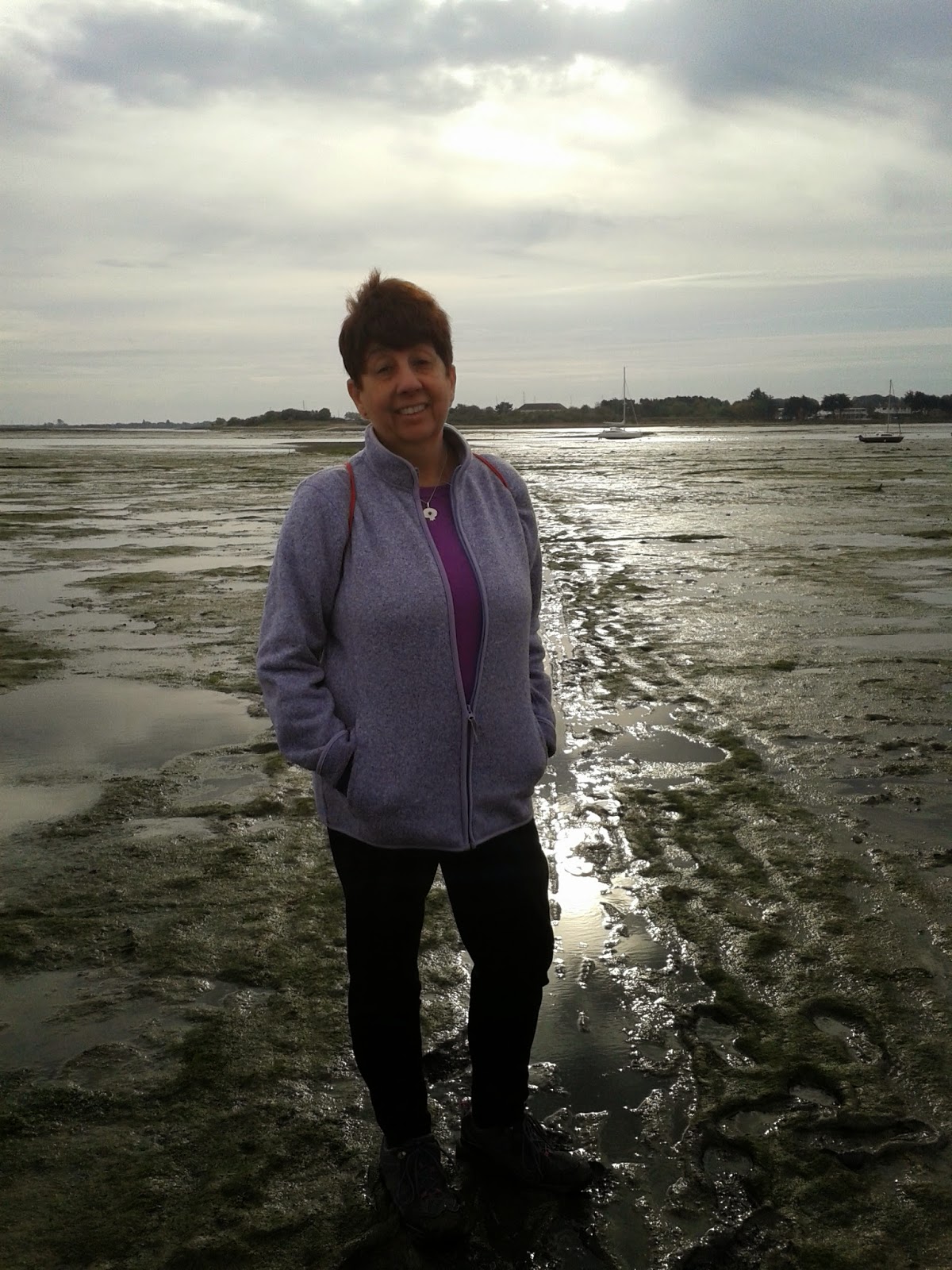 The mudflats change colour almost each time the tide changes. The birds swoop and settle, pecking in the mud, and out in the middle of the harbour there is a silence and a smell of wet and salt and seaweed which takes you back to another age, a time when life was slower and if you wanted to take your potatoes to market on the mainland, you loaded them on your cart and pushed them right down the Wadeway, timing your return with the tide.
I still return to Hayling several times a year despite finishing my Hayling cycle and I am never happier when messing about in the glorious mud. 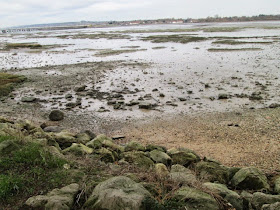 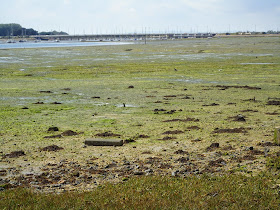 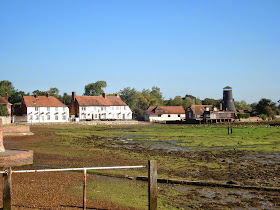 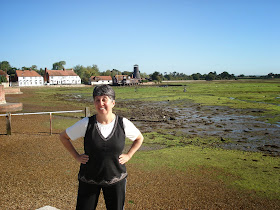